Today antibacterial packaging plays a major role for enhancing shelf life of food products. Applications of nanosilver particles as antimicrobial agents as well as their ability to enhance mechanical properties of packaging have made them important in food industry. As Vibrio parahaemolyticus is one the most strategic bacteria dealing with fisheries, the aim of this study was to evaluate effects and nanosilver packaging on the growth of this bacteria within 6 days of shelf life keeping at 40C. Silver nanoparticles were analyzed using SEM, FESEM, the size of silver nanoparticles was measured nm. 5 kinds of packaging containing 1 to 3 percent of NPs were produced using Sol-Gel method. Shrimps samples were inoculated with Vibrio parahaemolyticus using 0.5 McFarland. Result showed that nanopackaging could not decrease colony counts significantly (P > 0.05). Result of current study showed that application of low percentages of silver NPs in nanocomposites could not reduce bacterial load and increase shelf life of perishable food products.

Today production of a safe and healthy food is one of the most important concerns of food industry. Also, due to the tendency of families to consume unprocessed food having long shelf life, researchers are working on post-production methods to increase shelf life of foodstuff [1]

Different antimicrobial nanoparticles are incorporated in packaging and cause damage to microbial load existing in food[2]. Silver is one of the most used NPs used in food packaging in different industries same as meat, dairy and vegetables. There are many types of proposed procedures for anti-microbial activity of NPs. Nanoparticles may destroy bacterial wall using connection of free radicals, enzymes and different other proved methods [3-5]. Melt-mixing, Sol-Gel and other methods are implemented for production of Nanocomposites films [6,7].

Vibrio Parahaemolyticus is a gram negative, moderately halophilic bacterium usually living in marine area. It is recognized as a pathogen for human and numerous different diseases are reported caused by consumption of these bacteria such as vomiting, fever, abdominal cramps and diarrhea [8-10].

Ydollahi., et al. (2016) conducted a study on evaluation of antibacterial nanosilver disk on staphylococcus aureus. 1%, 3%, 5%, 7% Nano disks were used to measure diameter of inhibition zone for the growth of S.aureus. Results showed that higher percentage of nanosilver implemented in the disks had higher inhibiting strength [11].

Mikiciuk., et al. (2017) investigated physicochemical properties and inhibitory effects of colloidal nanosilver on food pathogens. X-ray was used for confirmation of size and shape of implemented NPs. Results revealed that application of 0.2 μg/ml and 0.25 μg/ml of nano silver solution could inhibit pathogenic bacteria in all samples [12]. Konwar., et al. (2010) studied incorporation of organic modified clay (MMT) and silver NPs and evaluated antimicrobial characteristics of produced Nanocomposite against E. coli. XRD, TEM, FTIR and UV-VIS tests were carried out to determine size, shape and distribution of NPs in packaging. Results showed that not only synthesized Nanocomposites had excellent antibacterial effect against gram negative E. coli but also mechanical properties of the films was enhanced significantly (P < 0.05) [13].

Therefore, according to potential hazards resulting from consumption of shrimp contaminated with Vibrio parahaemolyticus, the aim of this study was to evaluate the effects of silver Nano-packaging on V. parahaemolyticus in shrimp samples.

Pink shrimp samples were obtained from shrimp producing fields and transferred to laboratory just after hunting and kept at refrigerator (40C). After washing shrimp samples, their head and tail were cut. Also shrimp intestine was depleted using a sterile knife. Finally, samples were washed again and cut into 10 gr samples. TCBS and PCA media was purchased from Merk (Germany). Vibrio parahaemolyticus ATCC 17802 was obtained from Veterinary College, University of Tehran. Silver nano particles were purchased from Sigma Aldrich (Denmark).
Production of nanofilms

To prepare antibacterial nanopackaging, Silver nanoparticles weighted and kept at oven for 3 hours to omit any trapped water. Low Density Poly ethylene was added to Xylene solution which was kept boiling and stirring for 20 minutes. Prepared silver NPS were soniced for a better distribution of NPs. As controlling the temperature of solution has a direct effect on agglomeration of NPS as well as prevention of evaporation, the solution was kept near Ice during sonication. Then methanol was added to the solution. Finally, the polymer was firmed. To change the formation of polymer to a packaging film, proper amount of the polymer was heat treated at 1800C using 2500 psi pressure about 10 minutes. Again, the former heat treatment was implemented having exerted .
Preparation of Vibrio Parahaemolyticus

To sterilize nanopackaging from any contamination they were immersed in ethanol 70% for 20 minutes. Samples were cut into 10 gr batches and shaken with prepared inoculate about 1 minute. Finally, they were inserted to the produced packaging.
Microbiological experiments

Nano packaged samples were kept at refrigerator for 6 days. Then each sample was inserted into blender bag and mixed with 90 CC distilled water. After that, 1 cc of the solution was transferred to the test tube containing peptone water saline 3%. After 21-24 hours keeping at incubator (370C) serial dilution was prepared from first test tube. Total count test was carried out for each sample using PCA and TCBS Agar.
Analysis of NPs and produced films

As depicted in figure 1, in the second days of experiment there is a slow slope of bacterial reduction. However, this reduction was not significant in comparison with the first day. Also, according to table 2, different nanocomposites did not show any statistical different in same days and bacterial load slope increased.


Table 2: Statistical Difference of each nanofilms.

To increase resolution of FESEM figure, voltage is increased usually. However, in the current study increment of voltage made some tears in nanocomposites. Therefore, SEM analysis was used to evaluate size and distribution of silver particles in synthesized packages. According to figure 1, distribution of NPs in Low density poly ethylene is shown.

According to figure 2 silver NPs diameter is about 20-30 nm. As nano particles have high surface to volume ratio, they could be agglomerated during time.

To measure size and distribution and silver NPs FESEM was used. According to figure 3, silver NPs had 20-30 nm size.

Application of different types of nano packaging has increased shelf life of food products and therefore a remarkable decrease in wastes in gained. Between various NPs silver play a major role due to their antimicrobial properties and increasing mechanical characteristics of the films; thus, determination of the best proportion of Ag NPs seems to be very essential.

According to the result of this study, although the size of surveyed silver nano particles were less than 40 nm, estimated antibacterial properties of silver was not seen. According to the study of Barani., et al. (2017), Sol-Gel method had the lowest efficiency in comparison with other polymer synthesizing methods such as melt mixing. Moreover, total percentage of NPs is a key parameter for evaluataion and comparison of nanofilms. Thus, on the contrary with the study of Barani., et al. lower percentages of silver could not exert antibacterial effects on V. parahaemolyticus.

There are different studies on silver nanoparticles proving its antibacterial properties [15-17]. Martinez-Abed (2011) stated that activity of nanosilver films are decreased remarkably when they are in direct contact with food samples containing proteinous compounds. They proposed that reaction of amino acid’s Thiol group with silver ions may lead to a remarkable activity decrease and finally make nanocomposite non beneficial compared to first hours of experiment. However, in the current study no significant difference was seen between control and nanofilms. This could be due to low percentage of used nanoparticle and also agglomeration of NPs during Sol-Gel method.

As summary, antibacterial properties of nanosilver composites were proved against V. parahaemolyticus. In fact, increasing percentage of NPs in nanocomposites did not lead to reducing the bacterial load and therefore shelf life could not be prolonged. SEM and FESEM, analysis characterized incorporated nanoparticles in each packaging and revealed that in opposite of some researches nanosilver antibacterial effects of low size NPs in nanocomposites.

Authors are thankful to Mr. Mohammad Sarrafi for their helpful comments.

Copyright: © 2018 Saeed Paidari., et al. This is an open-access article distributed under the terms of the Creative Commons Attribution License, which permits unrestricted use, distribution, and reproduction in any medium, provided the original author and source are credited. 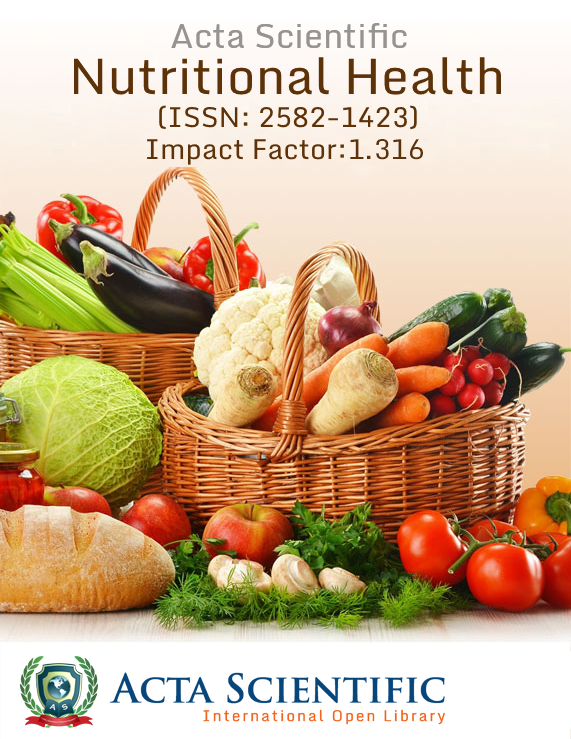